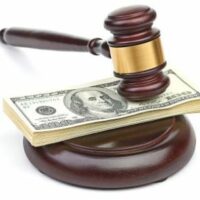 In trials, closing arguments make most of the headlines, and get most of the attention in TV and movies. Closing arguments in trials are where attorneys make their living—it’s where the evidence and argument come together as one, to convince a jury to find the facts your client’s way.

But there are also strict rules about what attorneys can and cannot do in closing arguments, as attorneys recently found out when they broke those rules.

A man whose wife had sued multiple tobacco manufacturers for negligence and products liability. Many of these cases yield multimillion dollar verdicts, and this one was no different. The trial court jury awarded $37 million in the wrongful death lawsuit.

The tobacco companies appealed the verdict, saying that the victim’s attorney had used improper closing arguments, which influenced the jury, leading to the verdict.

What Can and Cannot be Said

As a general rule, attorneys in closing arguments must restrict their comments and arguments to evidence that was presented at trial, and commentary about what was presented at trial. Attorneys also cannot use language that is inflammatory, or which would encourage the jury to make a decision based on emotion or feeling, as opposed to making their decisions based on the evidence.

An attorney certainly can encourage a jury to see the evidence a certain way—but personal commentary or personal opinion about things not presented in evidence are not permitted.

Comments Made in the Tobacco Case

In this case, the attorney for the victim made the following comments:

-Called the Defendants and their owners “soulless enterprises of death”

-Equated “big tobacco” to George Orwell’s “Big Brother,” and in fact, the attorney proceeded to read a part of the book to the jury. Just as the book says, the attorney asked the jury to make sure the victim’s wife is “not forgotten.”

-Equated the Defendant tobacco companies to Dorian Gray, a literary character who sees things clearly and as they are when looking into a mirror. Just as in the book, the attorney said that the tobacco companies were “rotten inside.”

-Asked jurors to not “lose sight of the evil that men do.”

Because of these comments and their potential effects on the jury, the verdict was overturned. Some appellate judges felt the comments, while wrong, would not have been enough to inflame the jury enough to render such a high verdict. Some judges also noted that they did not wish to deter “metaphorical speech,” which is allowed in closing arguments, to a point.

The case is a lesson in the balancing act that happens during closing arguments. On the one hand, lawyers must be careful not to be too technical, and do need to lead a jury to the conclusions that best fit their clients. On the other hand, errors in closing arguments can—and here, did—cost millions of dollars.

At Barbas, Nunez, Sanders, Butler & Hovsepian, we can handle your case all the way through to trial, if needed.  Schedule a consultation today with our Tampa personal injury attorneys if you are injured in any kind of accident, including any type of fall on someone else’s property.

By Stephen M. Barbas | Posted on January 12, 2022
Skip footer and go back to main navigation