Your Rights as an Injured Cruise Ship Worker 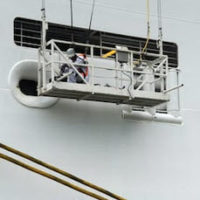 Many people assume that working on a cruise ship is a glamorous job, but the truth is that cruise ship work is laborious, tiring, and even dangerous. Cruise ship workers work around a lot of heavy-duty equipment and hazardous conditions. To make matters worse, their work environment is constantly moving, and workers may find themselves knocked down with the onset of a single wave. Workers in this industry are also exposed to foreign germs which could cause them to become seriously or even fatally ill. Because the work environment is notoriously dangerous, there are unique laws in place designed to protect a sea workers’ rights in the event of an injury.

Most Florida workers who are injured on the job can recover compensation under the state’s workers’ compensation laws. However, because cruise ship workers occupy a unique condition, and because of the exceptional conditions of their work environment, those who work at sea are protected by a federal program that is similar to workers’ comp. This program is governed by the Jones Act.

Under the Jones Act, also known as the Merchant Marine Act of 1920, cruise lines owe their workers a legal duty to provide workers with a safe work environment. If a cruise line fails to do so, and if an employee is injured as a result, the worker can file a claim for compensation under the Jones Act.

How the Jones Act Differs From Standard Workers’ Comp

The Jones Act is similar to standard workers’ comp laws in that injured workers can file a no-fault claim for injuries sustained on the job. So long as the sea-worker can prove that the injuries occurred on the job and during the normal scope of employment, the employer nor its insurance company cannot deny benefits. Under the Jones Act, as under typical workers’ compensation laws, compensation is available regardless of who was at fault for the accident. These benefits are designed to cover medical expenses, lost wages, and the like. That is where the similarities end.

Whereas workers’ compensation laws prevent workers from filing fault-based claims, the Jones Act allows it. If a worker believes that the employer was grossly negligent, said worker can file a personal injury claim. However, in order to prevail, he or she must be able to prove gross negligence and that benefits beyond those offered by the Jones Act are necessary.

The Jones Act abides by a comparative negligence standard, which means that if the defendant can prove that the claimant was partly responsible for his or her injuries, the final award will be reduced by the percentage of fault assigned to the worker. So, for example, if the worker is found to be 25 percent liable for his or her own injuries, and if the proposed settlement amount is $100,000, the worker will receive $75,000—or less 25 percent of the proposed settlement.

Cruise ship workers are in the unique situation in that they are often not under any one state or even country’s jurisdiction. Fortunately, federal laws are in place to account for such a position and to protect sea workers’ rights no matter where in the world an incident occurs. If you are a cruise ship worker and if you were injured on the job, contact the Tampa cruise ship workers’ injury lawyers at Barbas Nuñez Sanders Butler & Hovsepian to discuss your rights and legal options today.

By Stephen M. Barbas | Posted on December 12, 2018
Skip footer and go back to main navigation