Can A Non-Parent Bind A Child To Arbitration? 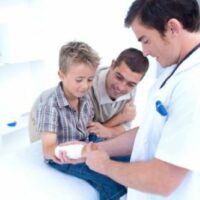 Most people know that minors can’t sign contracts on their behalf that are legally binding. Rather, they need to have parents or legal guardians sign agreements for them. That’s why many businesses will have parents or guardians sign hold harmless agreements, which often also contain provisions that waive the right to go to court, and compel the victim to go to arbitration.

When Does the Situation Happen?

Many courts have said no, citing language in Florida law that requires a “parent” to sign—not just any adult that happens to be watching over the child at the time. Additionally, before a court will even ask whether a non-parent has the authority to sign, the court will ask if there is even an enforceable arbitration agreement in the first place.

Many businesses argue what is known as “apparent authority.” This is a legal theory where someone holds themselves out as having the power or authority to bind someone else to a contract or agreement.

In the personal injury context, apparent authority means that the adult is holding him or herself out to be the child’s parent, the business has no way of knowing otherwise, and as such, under apparent authority, the arbitration clause should or could be legally binding. However, as of right now, there are not many cases that have ruled on this issue.

But if the agreement does not say that, and a non-parent signs the agreement, there is still an argument that the case cannot be arbitrated, thus giving the injured child his or her day in court to recover for her injuries.

Has a child in your family been injured because of someone else’s negligence? Contact the Tampa personal injury lawyers at Barbas Nunez Sanders Butler & Hovsepian for help today. Schedule a consultation today.