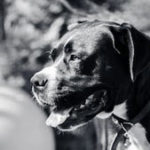 When it comes to owning a canine in the U.S., there are relatively few restrictions, as most dogs are considered to be “friendly” given the right training. However, one breed in particular is rarely given the benefit of the doubt, and that is the pit bull. Pit bulls, no matter how cute and cuddly… Read More »

No parent likes to see his or her child get hurt, but when harm does befall a little one, that child’s parents are forced to tell their child to “walk it off and forget about it,” mostly because that is what they themselves must do. When a child is hurt by another little kid… Read More » 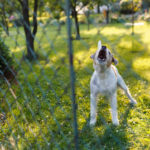 Your Rights When a Dog Bites

Dog bites can be serious, but unfortunately, they are often not treated so. Dog owners mistakenly believe that if their dogs bite, it is for a good reason. Maybe the victim was antagonizing the canine, or the person bit was a trespasser. As a result, many dog owners do not take responsibility for their… Read More » 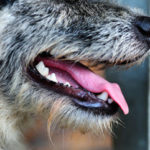 Many dog lovers consider their furry friends part of the family.  And why not? A dog can be an excellent companion, is loyal to the end, and loves you in spite of your worst flaws. Unfortunately, even dogs who have always been mild mannered have been known to become aggressive at times. If you… Read More »

What to Do After a Dog Bite

Dogs are widely known as man’s best friend, but sometimes things don’t go as we expect. Dog bites can be painful experiences, requiring medical attention to close up wounds and confirm that there is not a risk of rabies. And paying for these attacks is something that insurance companies know all too well. Dog… Read More »

A dog named Padi from Bradenton has raised controversy related to dog bite laws in Florida. In June of 2015, Padi, a black Labrador, allegedly bit a child’s ear and now awaits euthanasia as a result. Specifics of the Case From the time of the incident, Padi’s owners did not receive an opportunity to… Read More »

Dog Bite? What to Do

Causing over 385,000 trips to the emergency room every year, and roughly 16 deaths, dog bites are one of the leading causes of hospitalization and personal injuries in the United States. The state of Florida takes dog bites very seriously, and retains a strict liability rule to hold dog owners accountable for bites inflicted… Read More »