Liability For Foreign Objects In Your Food 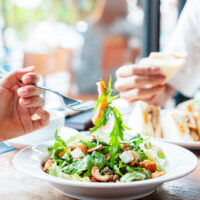 You may not realize it, but foreign objects in food can be a major cause of personal injury claims. There are a number of different kinds of foreign object cases, all of which can give rise to damages, and thus, liability against whoever prepared, packaged, manufactured, or sold the food to you.

One kind of claim is where the food has nothing foreign in it at all—it’s just that the ingredients were not properly disclosed to you. A typical example is a restaurant selling a product with nuts in it, without disclosing that fact, knowing that a large percentage of the population is allergic.

This is often why waiters at restaurants will ask you if you are allergic to anything, when you first sit down at the table to eat.

Allergies aren’t the only problem. Some people, such as those with diverticulitis, can have bad reactions to certain kinds of seeds.

The other kind of foreign object claim is where there is an item in your food that may not be dangerous, but which is repulsive, objectionable, or just plain gross. An example would be bug parts in food, or a dead animal or animal parts in your food. Certain body fluids can be harmless, but gross, but others can legitimately expose people to risk.

These kinds of cases can be difficult, because the damages may be emotional—the idea of being repelled or repulsed. Courts sometimes see these cases as being solely emotional in nature—mental trauma only. But other times, courts will allow damages, given that there was a “touching”—specifically, your mouth to the foreign object item.

Items That Shouldn’t Be There

If you find something in your food that’s not supposed to be there, your first reaction may likely be to spit it out and throw it away. If possible, keep and preserve whatever the item is that isn’t supposed to be in your food, so your attorney and your expert witness can look it over.