Can A Non-Parent Agree To Arbitrate A Minor’s Injury Case? 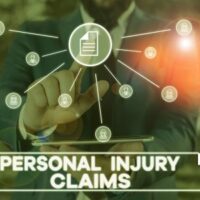 Arbitration provisions in contracts can be punitive and difficult for accident victims. They may restrict victims’ abilities to present or get the evidence they need to prove their case, and almost always, arbitration provisions take the case out of the hands of a judge and jury, and give it to an arbitrator.

Arbitration provisions are in almost every kind of contract nowadays. When we sign them for ourselves, that’s on us. We read the agreement and agreed to it. But what about kids? Who can agree that a child’s accident case has to go to arbitration?

Certainly, the child can’t sign, as minors are incapable of signing valid and binding legal agreements. That means that the responsibility falls on parents. When a parent signs an arbitration agreement for and on behalf of the child, the child will have to go to arbitration if there is a personal injury claim.

But one case recently had an interesting scenario: What if the person signing the arbitration agreement on behalf of the child is an adult, but is not the child’s parent? Can any adult or guardian subject a child’s injury case to arbitration, or can only the child’s parent legally agree to that?

The first step, according to the court, was to see if an enforceable agreement or contract even existed. In other words—was the contract properly formed? If not then the arbitration agreement doesn’t matter, as the agreement would never have been properly formed.

The Court found that the friend that executed the agreement on behalf of the child had no legal authority to do so, and thus, no legal binding contract was ever formed. In fact, Florida law specifically authorizes a parent to sign such agreements on behalf of kids, but the law only says a “parent” can sign—it doesn’t authorize guardians or friends.

The business did argue that the agreement should be enforceable on the basis of what is known as apparent authority—that is, that the adult friend held him or herself out as a parent of the child, and from the business’ perspective, the adult was the parent and the adult said and did nothing to indicate otherwise.

The Court said that it couldn’t rule on that issue because the business hadn’t argued it earlier. That does mean that there may be an avenue, in later cases, for business to raise the defense of apparent authority if it is raised in the earlier stages of the case.

That means that the Court could, later on, opt to say that friends or adult supervisors who are non-parents can execute arbitration agreements on behalf of kids. For right now, however, only a child’s parent can do that.

Schedule a consultation today with the Tampa personal injury lawyers at Barbas, Nunez, Sanders, Butler & Hovsepian if you sustain any kind of injury in an accident. We help both adults and children recover from injuries sustained by other people’s negligence.