Can You Choose Your Own Workers’ Compensation Doctor? 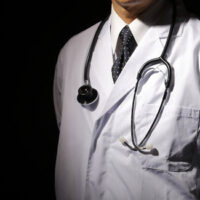 When you are injured, you go to the doctor—not just any doctor, but the doctor that you want to go to. This seems to be a very well respected concept in the American healthcare system. However, in the world of workers’ compensation, this is not always the case; injured workers often have little or no choice which doctor treats them for injuries sustained on the job.

An injured worker must go to the doctor that he or she is sent to by the workers’ compensation insurer. If a claim is made but the insurance company is slow in assigning a doctor, the worker may be able to choose, and some employers have policies that allow workers to choose their own primary care physician, but not choose their specialists.

The ability to change doctors in workers’ compensation is very limited. Workers can switch doctors only one time during the course of their treatment. However, if you switch, you don’t get to choose which doctor you switch to—rather, the insurance company still gets to choose who your doctor is. That means that in some cases, you may go from a doctor you don’t like, to one that is the same, or worse.

In these situations, the best option is to talk with a workers’ compensation attorney about how to fight an insurance company’s decision.

Using your private health insurance is usually not an option, as many policies have exclusions for any treatment where there is workers’ compensation insurance available.