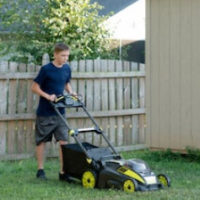 According to Pew Research Center, teen employment has decreased by between 12 and 18 percent since 2000. As of 2017, approximately 28.7 percent of American teens held year-round jobs, compared with 43 percent of teens in 2000. To be sure, 35 percent of teens worked summer jobs last summer, compared with 51.7 percent of teens at the start of the millennium. The study attributes these stats to several factors, including lack of entry-level jobs; more schools ending in late June and resuming before Labor Day; more students taking unpaid internships; and more students working community service to fulfill college entry requirements.

That said, just because fewer teens work today than in past decades does not mean that teen on-the-job injury rates are non-existent. In fact, according to the CDC, young workers have high rates of occupational injury. In 2015, the incidence rate for non-fatal injuries for workers between the ages of 16–19 was 110.5 per 10,000 full-time employees (FTE), compared with 104.0 cases per 10,000 full-time workers 25 and older in 2015. Considering teens only make up a small portion of the workforce, the discrepancy is astounding. Moreover, in 2014, the rate of work-related injuries treated in emergency departments for workers between the ages of 15–19 was 2.18 times greater than the rate for workers 25 years of age and older.

Though the overall rate of teen employment is down, there is one industry that has seen an uptick in teen employment. That industry is the accommodation and food and services industry. Overall, the industry added more than 2.3 million teen workers between July 2000 and July 2017, a growth rate of 19.6 percent. Surprisingly, the rate of teen employment within the construction industry remained relatively the same between 2000 and 2017, while it declined by nearly half in the manufacturing industry, which is good news. However, it should be noted that nearly half a million teens did work in manufacturing last year, which is an almost as-dangerous industry as construction.

Some other jobs that teens common work are as follows:

None of the aforementioned jobs are particularly safe, and some, such as amusement park ride operator, driver, and lifeguard are actually very dangerous.

At Barbas, Nuñez, Sanders, Butler & Hovsepian, our team helps victims of injury and their families fight for compensation for work-related injuries that have already occurred. That said, because we know how injuries commonly occur, we are also able to advise workers on what they can do to avoid them. Some steps you can take to help your teen stay safe at work include the following:

There are several measures you can take to ensure that your teen stays safe on the job. However, if something should happen to your adolescent while he or she is at work, know that you can always turn to our Tampa workers’ compensation attorneys for assistance recovering the compensation to which he or she is entitled. Contact our office today to learn more.