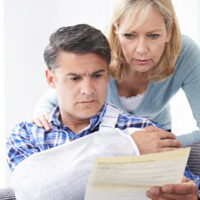 There are almost unlimited fields where expert witnesses are needed in personal injury cases, because of the varied ways that people can get injured. Even a “standard” car accident can call for human factors experts, mechanical experts, or engineers. This is not even counting the medical experts that may be needed to prove a victim’s injuries and damages.

You may think that so long as someone is qualified to be an expert, that his or her testimony is admitted into evidence to be considered by the jury. However, this is not the case. Expert opinions must meet the requirements of very specific legal tests, before they are considered admissible.

One such legal test is called the Frye test (named after a case of the same name). The Frye test only allows expert testimony to be admitted if the methodology that the expert used is generally accepted in the scientific community in the appropriate scientific field.

This is a very generous test—that is, it tends to make it easier to get novel or experimental scientific evidence admitted. For victims who are bringing cases with novel issues, the Frye test is very helpful. Many things we take for granted as fact today—such as the fact that nicotine is addictive, or that concussions can cause long term brain damage—were once novel and new.

However, many states, including Florida, as well as federal courts, have moved away from Frye, to a much tougher standard, called the Daubert standard (again named after a case). Under Daubert, expert testimony is admissible only if:

This test is exhaustive and can keep a lot of different opinions from being used as evidence in court. Daubert tends to discourage new or novel ideas, techniques, or scientific methods.

Defendants tend to like Daubert, as novel scientific theories have benefitted victims by bringing to light the wrongs of big business and corporations that cause harm to consumers.

Additionally, because Daubert is more complex, hearings on the admissibility are more involved. This can lengthen the time it takes for a victim’s case to get to trial. In fact, in more complex cases, Defendants may wait before making any settlement offer, to see whether the victim’s expert testimony is ruled admissible.

The Tampa personal injury attorneys at Barbas, Nuñez, Sanders, Butler & Hovsepian can help you if you were injured in an accident of any kind. If you have suffered an injury, see and doctor and make an appointment to talk about the facts of your case with us. Schedule a consultation today.