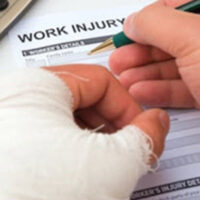 We seem to have a belief that certain accidents cause certain kinds of injuries. But the reality is that everyone reacts differently to similar accidents. Someone who is able bodied and strong may do better after a slip and fall than someone who is frail, with brittle bones. Some of us are just more susceptible to injury than others are.

So if you are in an accident, and because of age, disease, or just who you are, you end up more injured than another person may be, can you recover for your injuries? In other words, do you get the damages that you actually sustained as a result of an accident—or are you limited to the damages that it is reasonable to expect someone should sustain in a given accident?

The answer lies in Florida’s eggshell doctrine, which means that someone who injures another, takes the victim as he or she finds them. If a store owner leaves a substance on the floor, and the person who falls happens to be someone with brittle bones, and that person sustains damages that are more severe than someone else would, the store owner must pay the victim’s actual damages. It is not a defense that the victim had some condition that made their injuries more severe than the average person would sustain.

Example of an Eggshell Plaintiff

This has nothing to do with the victim’s medical history, disease, or illness. It has to do with whether one event (the accident) was a direct cause of the other (the heart attack).

Additionally, the liable party—the car that caused the accident—cannot defend by saying that “normal” healthy people would not sustain a heart attack in a rear end collision. Nor can the driver claim that the injury sustained was more than what should have been sustained. The driver happened to rear end people with a heart condition, and is liable for the damages for the entire injury, so long as they naturally stem from the accident, as they appear to do in this example.

This is an important doctrine for the people of Florida, as we do have a large population of elderly people, who may be more susceptible to injury than younger people are. The eggshell doctrine protects this community (as well as anyone of any age who may have a pre-existing injury), by ensuring that they can request and receive damages that they actually sustain. They are not “punished” for being sick, frail or elderly.

Were you injured in an accident? Call the Tampa workers’ compensation attorneys at Barbas, Nuñez, Sanders, Butler & Hovsepian. Schedule a consultation today.