Getting Workers’ Compensation For Injuries After or Before Work Hours 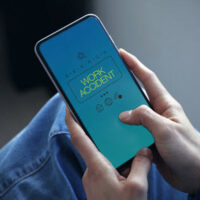 When the country shut down because of COVID, more and more Florida workers found themselves working from home. Many restrictions have been lifted, but many employers have continued to allow employees to work from home.

With so many people now working from home (or perhaps, a hybrid of home and in office work), it can sometimes be hard to distinguish what is “work time,” and what is “personal time.” It makes a difference, because if you’re injured during work time, you are likely entitled to workers’ compensation benefits.

Being On or Off The Clock Doesn’t Matter

In many cases, the workday does not have a definitive start and end time. Even workers who leave the house to work in an office may find that they continue to work once they are home.

The problem comes that in order to be covered by workers’ compensation, an injury must have occurred while the worker was in the course and scope of doing their job. It doesn’t matter what the defined job hours are, or whether the boss considers you to be “on the clock” or not. What matters is whether you were engaged in the activities of your job when you were injured.

For example, if you work from home, and get carpal tunnel syndrome from typing so much, the injury happened while you were doing your job—put another way, had you not had to work (whether from home or otherwise) you wouldn’t have gotten carpal tunnel syndrome. That means you qualify for workers’ compensation benefits.

On the other hand, if you’re working from home, and fall while you are walking your dog, that injury has nothing to do with your job duties and you would not be able to collect workers’ compensation benefits.

Examples of Being Off the Clock

There are other examples of when a worker may not be in the office, but may still be considered working for the purposes of workers’ compensation:

Questions about an injury that happened while you were at work? We can help. Call the Tampa workers’ compensation attorneys at Barbas, Nuñez, Sanders, Butler & Hovsepian. Schedule a consultation today.