Help! The Judge In My Case Doesn’t Like Me! 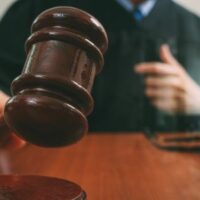 Whenever things don’t go someone’s way during a personal injury trial, often, the victim or the Defendant is quick to say “the judge is biased!” Of course, that is rarely ever the case, but for a layperson who is unfamiliar with the legal system, it is an understandable reaction.

That said, the law has checks to make sure that judges are neutral, and that they have no preconceived notions about the parties or issues in the case. And, at times, it may be necessary for a party to bring these potential conflicts up to the judge.

Remember that it is highly unlikely that any judge is going to risk his or her judgeship, license to practice law, or position in the judiciary, just because the judge doesn’t like one party in a single lawsuit. Additionally, judges hear hundreds of arguments from hundreds of people and companies every week. It is unlikely they have such a preconceived bias towards anyone, to affect the judge’s rulings.

When we discuss bias, we are not saying that the judge is prejudiced, or that the judge even likes or dislikes either party. Bias, in legal terms and for the purpose of judicial removal or recusal, has to do with having any pre-formed opinion of the parties or the issues in the case.

There are two situations where removal of a judge from a case may be appropriate. The first is where the judge certainly acts neutral and fair, but there is something in the judge’s background that would give a party concern.

For example, if a judge were to be married to a doctor, and a doctor from the same legal practice was a party in a case before that judge. Or, if a judge was on a board of directors for a company, and that company was a party to a lawsuit that the judge was assigned to try. These may be situations where the judge can rule as neutral as possible, but the perception of impropriety or bias may be great enough to warrant removal.

The other situation where a judge could be removed, is where the judge actually says something improper. In almost every case, the judge isn’t actually impartial—he or she just says something “off the cuff,” that can create a perception of bias. The judge may make a joke, or a comment that would show some kind of bias.

Schedule a consultation today if you are injured in any kind of accident. Our Tampa personal injury attorneys at Barbas, Nunez, Sanders, Butler & Hovsepian can help you from the initial stages all the way to trial, if necessary.