When Falling Apart Is Good: Your Car’s Crumple Zones 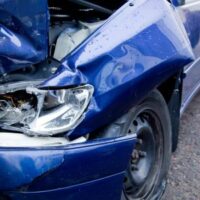 Let’s imagine that after a car accident, you look at the damage done to one of the cars in the accident, and it just looks like it’s a mess. It’s crushed, dented in, with pieces everywhere. You’d probably think that the car is a failure, when it comes to safety. But actually, and counterintuitively, sometimes, the more damage a car sustains in an accident, the better and safer the car actually is.

That’s because of what are known as crumple zones. Crumple zones are built into cars, and they are designed to make the car purposely crumple in upon impact. Most cars are designed to shield the occupants of the car, to prevent the crumpling from intruding on the passenger cabin.

Every car manufacturer makes their crumple zones differently, and there is a science behind making them. Of course, a car can’t just totally collapse too much on impact, so manufacturers need to balance the amount of crumpling, the location on the car for the crumple zones, and other factors. Engines may even need to be relocated when designing the car, because an engine can never crumple.

Why Do They Work?

But why is it safer to have a car that crumples in? It’s because the more impact the car absorbs, the less impact your body sustains. Think of it logically. If your car is rear ended, and the rear end crushes in, the car moves less on impact—the impact is being absorbed by the back, crumpling, part of the car.

But if the car is solid, and resistant to impact, when it is hit, the car doesn’t crumple, but rather, it moves forward (possibly quickly and violently). The whole thing is just one solid block, being pushed forward. That means that people inside of the passenger cabin sustain more injuries, because they are being moved more. Their bodies, and not the car itself, are sustaining the impact.

Crumple zones also mean that the car that is hitting you, is going from a fast to a slower speed, at a slower rate. By the time the force of the car that hits you gets to your body, it has already been slowed down gradually by your car’s ability to absorb impact by crumpling.

This runs counter to what many defendants will argue in court.

If your car sustains little visual damage, many defendants will argue you aren’t that injured—after all, how could someone whose car looks so good after an accident, be that injured? But that actually is opposite from the truth—the less damaged a car looks from an accident, the more likely it may be that the people inside the car did get injured, because the impact from the accident has to go somewhere.

There is a science behind car accident cases, and we can help you understand it. Contact the Tampa personal injury lawyers at Barbas, Nunez, Sanders, Butler & Hovsepian today if you are in any kind of car accident. Schedule a consultation today.