Where Will You Sue? The Answer Can Be Complex 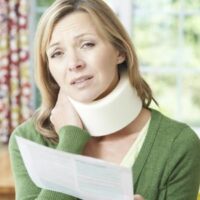 When you file a personal injury case, you may not give much thought about where to file the case. And in many cases, it’s not even an issue. If you fall in Walmart, or your doctor commits malpractice against you, or your loved one is neglected in a Florida nursing home, it’s obvious that your case should be filed in Florida.

Sometimes, there’s a choice between two places, and which locale is the right place to sue. So, for example, assume you went on vacation and were injured in another state. Or, assume that you bought a product from another state, that injured you here in Florida.

But sometimes, things get really messy. Sometimes, you have multiple Defendants, each from a different state (or country). How does the court know where the right place is to file your law suit? Let’s look at a recent case for a demonstration of how complex this question can be.

The victim in the case was a resident of Texas. She fell in a Jamaican hotel room, when water leaked onto her floor from an air conditioning unit. The resort was owned by two companies. One was a Spanish company, and one was a Florida company. The Florida company maintained a vacation booking site. However, the victims did not book their trip through the Florida company booking website.

The victim sued both companies saying they were vicariously liable for the accident, and that they both had joint management and control over the Jamaican resort.

To make matters even more complicated, the Defendants asserted that the case should be litigated in Jamaica, because that’s where the injury occurred, and where the victims first sought medical treatment. Additionally, the company that serviced the leaking air condition company was also a Jamaican company. Additionally, the Defendants argued, Jamaican law would ultimately govern the case.

But the victims said that they received medical treatment in Texas, and that they would not be able to get their doctors to Jamaica to testify if needed. They also said that Florida was proper, because of the Florida company that they sued co-owning or managing the Jamaican resort.

Case Had to be Filed in Jamaica

But the court found that Jamaica was the correct place to litigate the case. The victims never booked the trip through the Florida company’s website and if the case were litigated in Florida, the Defendants would not be able to blame the Jamaican air conditioning company, as there was no jurisdiction over them.

The case illustrates how a relatively simple case—a fall in a hotel room—can have very complex jurisdictional issues and courts will look to fundamental fairness and convenience in determining where a lawsuit should best be filed.

Schedule a consultation today with the Tampa personal injury lawyers at Barbas, Nunez, Sanders, Butler & Hovsepian to discuss your rights after you are injured in an accident. We can help you understand how to overcome the complexities of your injury case.