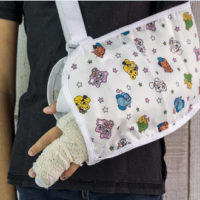 When cell phone video revealed several girls attacking a 14-year-old peer in a Boca Raton park in December 2017, viewers were outraged. Some claim it was a hate crime inspired by Islamophobia; others say it was no more than a tussle over a boyfriend. Whatever the motivation, the images of hair pulling and flying fists are alarming. Charges of battery, at a minimum, are being considered. If the victim were your child, what would your reaction be? A good personal injury attorney might be able to help you weigh your legal options.

Sadly, the Boca Raton incident is not an isolated case of youth violence. And in some cases, the attacks are much more serious. A 2016 report on this topic is jaw dropping:

Clearly, America is no stranger to violence among young people. It can occur at any age, and may involve verbal and physical bullying, threats, weapons, or gangs. Studies indicate that certain risk factors may increase the likelihood of violence among children and teens:

While all young people will experience difficulties as they navigate the world, certain protective factors are predictive of their ability to manage problematic incidents without resorting to violence. Some of those factors include:

If your child is the victim of an attack that leads to serious harm or death, you need the help of a professional. At Barbas, Nunez, Sanders, Butler & Hovsepian, our team will pursue justice on behalf of you and your family. Don’t get stuck with medical bills, funeral costs, lost wages, and other expenses as a result of a vicious attack. Contact us in Tampa for a free, personalized consultation.