Access to Medical Records in Florida: Can You get Documents You Need in a Wrongful Death Suit? 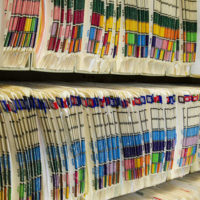 The Florida Supreme Court recently listened to arguments targeted at expanding access to medical records in medical malpractice suits. The case involved the family of Marie Charles, who allegedly received negligent care from a local health care system. Arguments were partially founded on a constitutional amendment designed to expand records access. Questions swirled, dealing with whether or not a federal patient-safety law protected medical facilities from disclosing certain documents in medical malpractice claims. Despite an early settlement prior to hearing arguments, justices probed the matter thoroughly.

The family of Marie Charles claimed that Marie suffered neurologic injuries while in a Florida medical facility. Their lawyers requested medical documents and received only some of them from the hospital, defendants citing the federal 2005 Patient Safety and Quality Improvement Act in their refusal to release all pertinent data. They claimed the information they held back was part of “patient safety work product.”

The plaintiffs argued that a Florida constitutional amendment in 2004 supported their request for broader access to medical records pertaining to Marie Charles and her injuries.

Although the case was settled out of court, justices determined that the records issue had potentially sweeping and far-reaching impacts, and thus deemed that arguments on that question would still be heard. At issue: does federal law supersede state law in such a case?

Justice Pariente questioned “federal preemption” in this case, asking how federal law could protect medical systems from having to share documents related to medical errors, in light of the 2004 Florida state amendment which would clearly require such documents to be turned over.

Lawyers for the hospital avowed that federal law unequivocally preempt state rules, citing the Supremacy Clause of the US Constitution.

In fact federal law does allow for the voluntary submission of information surrounding patient errors to “patient safety organizations.” Confidentiality is a key factor in these voluntary submissions, and for a very particular reason: to encourage providers to report errors and learn from them collectively.

Even so, Justice Quince pursued questions regarding whether or not individuals impacted by medical malpractice could be legally prevented from obtaining all of the relevant documentation necessary when filing legitimate legal claims.

This issue has been in the courts for some months, with an initial ruling in favor of the plaintiffs by the circuit court. On appeal, a three-judge panel reversed that ruling. Many now await the Florida Supreme Court’s findings anxiously.

Have you lost a loved one due to a medical mistake? If you believe someone you love was the victim of a wrongful death, you need effective, personalized legal assistance today. Our lawyers have the compassion and the know-how to support you as you hold negligent individuals and systems accountable. Contact the Tampa or Sarasota offices of Barbas, Nunez, Sanders, Butler & Hovsepian for a confidential consultation today.