Is Your Workers’ Compensation Company Monitoring You? 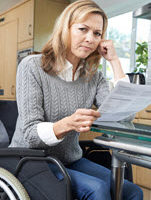 Why Do Employer Conduct Surveillance?

Employers hire investigators to conduct surveillance on certain claimants for several different reasons. The first is to determine if the worker is truly injured. A worker may claim to suffer from work related stress and upper back pain caused by his or her countless hours behind a desk, but then appear happy-go-lucky on the weekends and be perfectly capable of running a 5K marathon with ease. An investigator may also look for ways in which the employee could have become injured outside of work or at another job and blamed it on his or her work environment. He or she may also try to get photographic evidence of the employee working for a different company even though he or she is supposedly “too injured to work.”

How Do Private Investigators Work?

Another way in which a private investigator may try to find out about a worker’s supposed fraud is by tracking the worker’s internet activity. People tend to overshare on social media, which is questionable in a normal situation and downright costly in a situation involving injury and insurance claims. Investigators will stalk claimants online profiles for evidence of them performing any activity that does not correspond with the claimed injuries. For this reason, workers’ compensation attorneys often advise their clients to stay off social media entirely until they have fully recovered and no longer require workers’ compensation.

How Can You Tell If You Are Being Followed?

Private investigators are trained to be discrete, but many operate under the same disguise time and time again. A PI may use a number of obvious methods to avoid detection, such as wearing large-framed glasses at night or extra-large sunglasses during the day. An investigator may also wear different baseball hats throughout the week and drive a vehicle with tinted windows.

What Can You Do If You Suspect Your Employer is Monitoring You?

If you suspect your employer has hired a private investigator, contact a Tampa workers’ compensation lawyer right away. An experienced attorney can advise you on what you need to do to counter the private investigator’s efforts and recover the full amount of compensation you rightfully deserve. To learn more about what you can do to protect yourself, contact our lawyers at Barbas, Nuñez, Sanders, Butler & Hovsepian today to learn more.