What is Negligent Entrustment and How Can You Establish It? 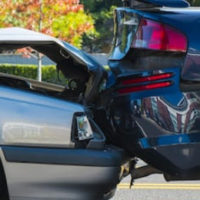 People do it all the time. They lend their in-law their car for the week while his or hers is in the shop. They let their teenager take the minivan up the street one mile to grab a slushy. They let an employee take the company van to run an errand before lunch. Are these people in the wrong for loaning their vehicles to someone whom they trust? Not necessarily. But if the individuals to whom they lent those vehicles cause an accident, liability may fall on the owner of the car, truck, or van. This is due to a concept in tort law known as negligent entrustment.

What is Negligent Entrustment?

Negligent entrustment is a concept of tort law that arises when the courts find one party (the entrustor) liable for another party’s (the entrustee) negligent actions caused by a “dangerous instrument” (the vehicle). The courts will invoke this tort if the entrustee causes harm or injury to a third party with that instrumentality.

In order for a person to be found vicariously liable under Florida’s doctrine, the person in question must have an identifiable interest in the property. The most common way that a person has ownership interest in the property is via a vehicle title, but in some instances, the legal title owner may be able to escape liability by proving that he or she lacks beneficial ownership in the property. In these instances, a title holder might claim bare title, or naked title, which is a title that grants legal title to a piece of property but that comes with none of the typical rights and privileges associated with ownership.

It is important to note that in order for either the tort of negligent entrustment or the dangerous instrumentality doctrine to apply, the injured party must prove that the accident happened because of the owner’s negligent entrustment. If the entrustee engaged in intentional misconduct or acted in a reckless and wanton manner, the entrustor may be off the hook for liability.

If you were injured in an automobile accident in Florida, you have the right to pursue compensation for your damages. However, for which cause of action you file depends on a number of factors, which an experienced lawyer can help you explore. To make the most of your claim, contact the Tampa car accident attorneys at Barbas, Nuñez, Sanders, Butler & Hovsepian, who can help you explore your legal options today.